San Diego has long been known as the mecca of the fighting world. Being such a hotbed for the finest gyms, trainers and fighters, it’s no wonder that our fine city has one of its own competing for 145 lb. title at XFS Tidal Wave on August 23rd.

Alex Higley, a rising star in the Xplode Fight Series, grew up in Encinitas and wrestled at La Costa Canyon High School. On August 23rd he will be squaring off against Raja Shippen for a shot at the belt. This particularly means a lot to Higley, considering community still plays a vital role in his life. After his first professional fight in XFS, he donated his winnings to the Red Cross to benefit the victims of the recent fires in Carlsbad, San Marcos, and Camp Pendleton.

“It’s nice to be a part of it and to be able to give back. I do a lot of teaching. That’s the main thing I do is teach, as well as fighting and competing. Passing on the knowledge I have. Whatever I can pass on to the next generation, or even just people who want to learn. Any age, it doesn’t matter, “ Higley said.

Higley’s parents both trained in Karate and introduced Alex to martial arts at a young age. When he was about eight years old his father began to teach him the fundamentals of kickboxing. From that point forward, Higley has been on a constant journey to master the many different disciplines of martial arts and put them all together.

“That has been the missing piece once I started this journey into mixed martial arts and we decided to do the cagefighting, was taking all the different pieces, and chain-wrestling, chain-Jiu-Jitsu – one transitioning right into the next thing – halfway through a takedown throw a punch then finish the takedown then go to a Judo throw, whatever it may be. It’s constantly moving, you don’t just stop, “ Higley explained.

Higley and his trainer, Adam Heard, allowed me to sit in on one of his training sessions. I was able to witness firsthand how Higley is incorporating all of his different skills in order to become a complete fighter. A large part of Higley’s success is due to the positive bond he has with Heard. 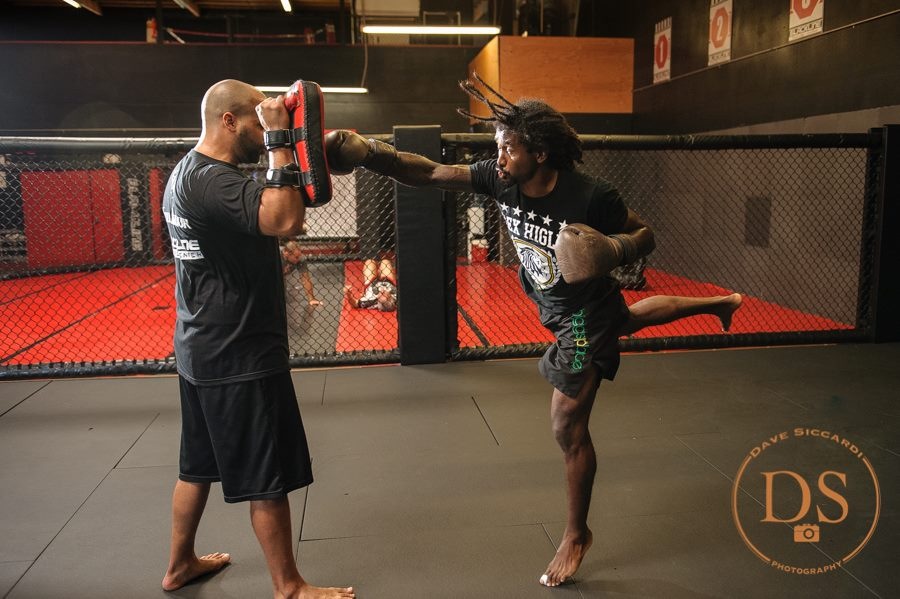 When you take Higley’s extensive martial knowledge and couple it with Heard’s watchful tutelage, it’s no surprise that Higley is already getting a title shot in only his third professional fight.

For a true martial artist like Higley, it all comes down to his mental state and staying calm. He acknowledges that when he steps into the cage he is headed into a hostile environment where he is likely to get hit and kicked. But Higley says that once he accepts that and stops worrying about it, the fight becomes a physical form of active meditation for him.

As the 23rd approaches, Higley is primed and prepared fight Shippen. “Right now just feeling ready. Ready to go. Never really felt better coming into a fight. Training camp’s been great. I mean, I work with the best coaches, the best training partners. Adam Heard, Jeff Clark, Jason Lambert, Brian Whittaker. I mean the best lineup from Judo, to Jiu-Jitsu, to wrestling, to striking. I feel prepared. My opponent’s tough but we’re ready for anything he brings,“ Higley said. 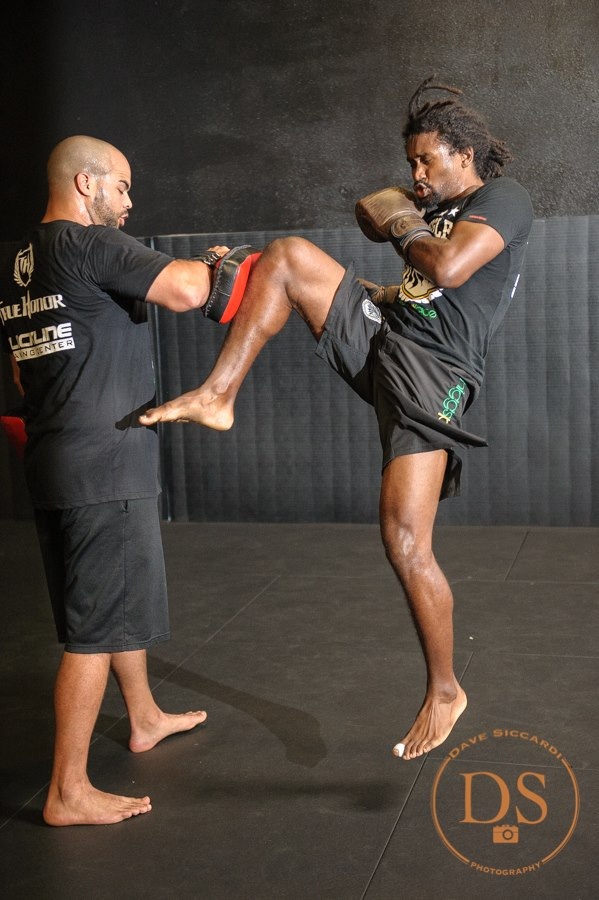 Higley has a deep admiration for martial arts, and thus respect is a major theme in his life. To that end he wanted to make sure to thank Raja Shippen and Reign MMA for taking the fight. “It’s going to be a fun one. . . we’ll get in there, we’ll go to war, we’ll bang it out, and then from there it’s on to whatever’s next for the both of us,” Higley said.

Be sure to watch Alex take on Raja Shippen on August 23rd at XFS Tidal Wave.