As the sport of MMA continues to grow, cross international borders and enter new, untapped markets, there appears to be a positive indirect effect on one specific martial art that some would argue is the foundation of MMA . . . Brazilian Jiu-Jitsu. Even though Jiu-Jitsu has been around for a very long time, well before the concept of MMA was born, the past decade may be the most important in the sports storied history.

With Jiu-Jitsu academies popping up all over the country, celebrities taking to the mats and large MMA promotions, such as the UFC and Bellator providing a platform for the Jiu-Jitsu movement, a Jiu-Jitsu purist would tell you that the opportunity to capitalize on the growing popularity of the sport has never been bigger.

Master Rigan Machado has taken the first step to making Jiu-Jitsu a professional sport martial arts fans can enjoy on a big stage, with real prize money that will open doors for some of the sports highly-talented, relatively unknown athletes from around the world. Master Machado, an 8th degree black belt who trained under Jiu-Jitsu royalty Carlson Gracie, Jr., is at the helm of the movement along with several other prominent figureheads from the Jiu-Jitsu community.

The main goal? Make the Jiu-Jitsu World League (www.jjworldleague.com) an event everybody will put on their calendar . . . the same way we do for Sunday football or The Masters.

“The Jiu-Jitsu World League will give amateurs an opportunity to transition into the professional spotlight. We need to do what the UFC did to MMA. We need to make the athletes heroes and get sponsors to take this sport to the next level,” Master Machado explains.

On January 17, 2015, in Irvine, California, the Jiu-Jitsu World League will take place for the first time. As Master Machado explains it, this is a massive step in the right direction and an exciting event that can open the door for Jiu-Jitsu as a leading sport across the globe.

“To go to the next level we need to establish this organization, establish the rules and set goals for our athletes. We are going to use this event to learn and then we will continue to make it better,” Machado excitingly explains.

If I’ve learned one thing from the Jiu-Jitsu community, it is that Jiu-Jitsu is synonymous with life. For some, Jiu-Jitsu saved them. For others, it is the foundation of who they are. For everyone who calls Jiu-Jitsu a lifestyle, the Jiu-Jitsu World League will serve as an opportunity to give back to those who have given some much to the sport. 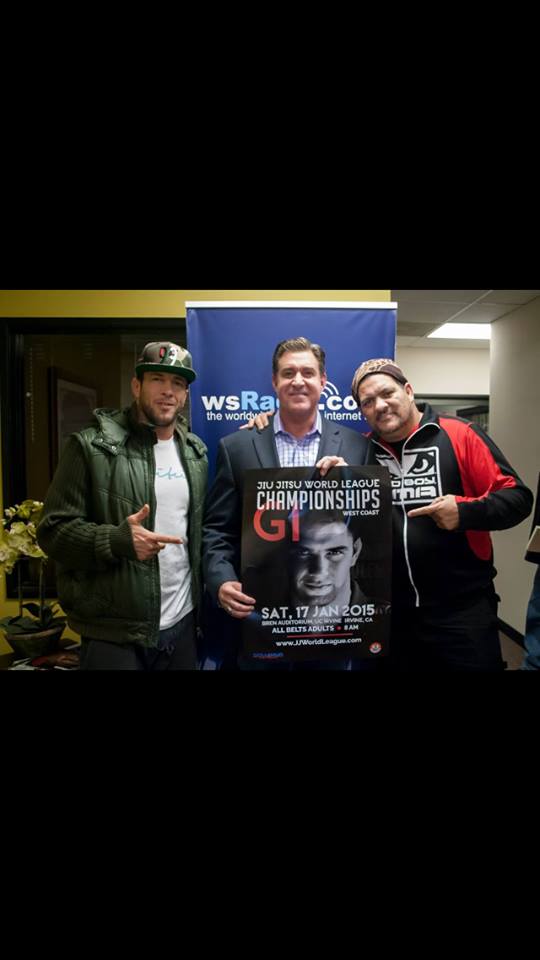 As local combat sports commentator, Jiu-Jitsu practitioner and Jiu-Jitsu Word League color commentator Carlos Kremer puts it, the Jiu-Jitsu World League is a step in the right direction for everyone involved in the community.

“The Jiu Jitsu World League is a league for fighters to earn huge prize money and more recognition using more aggressive rules than ever before. There will be no draws, no stalling and points will double for submissions. It is a way to increase the action,” Kremer explains.

As a man who trained under Master Machado and Eduardo Telles, Kremer knows that the Jiu-Jitsu World League also strives to show the Jiu-Jitsu community a deep appreciation for their support and dedication to the craft.

“This is a time to give back to those who have given so much to the sport,” Kremer tells me. “Master Machado has been working to make this a reality for years and its finally coming to fruition,” he adds.

Both Kremer and Master Machado are right about one thing. The format and rules for the Jiu-Jitsu World League promises action, speed and submissions. With points doubling for a submission and no stalling, fans will see fast-paced, highly-technical matches from some of the world’s best.

And if the support from the Jiu-Jitsu community wasn’t deep enough, Master Machado is putting all of his cards on the table for this event as some of his more famous students, such as Ashton Kutcher, may be in attendance on January 17.

“I am very proud of this. We worked hard to put this event on and we have high hopes for it,” Machado says.

One thing is certain about combat sports in 2015. Fans continue to adapt to what is new. And fans want to learn every detail about what makes the individual martial arts, such as Jiu-Jitsu, so important to the all-encompassing MMA. For the Jiu-Jitsu community, the Jiu-Jitsu World League will show casual fans what they have known for years . . . that despite the deep history of Brazilian Jiu-Jitsu, we are only scratching the surface.

Special thanks to Master Rigan Machado, Carlos Kremer and all of the Brazilian Jiu-Jitsu community.

One thought on “The First Annual Jiu-Jitsu World League”