“I’ve waited for this fight for a long time. Look at me, I’m ready. My skills are better, I’m better, and I want to destroy him.” -Artem Levin on his rematch with Simon Marcus

One of the perks of this job is my frequent encounters with greatness. I get the opportunity to interact with individuals who are #1 in the world in their respective fields or professions. There aren’t many people that can say that.

Our brushes with greatness continued yesterday as we had the pleasure of sitting down with Glory Middleweight Champion and #1 ranked kickboxer in the world, Artem “The Lion” Levin. Levin, who recently moved to San Diego from Russia, is preparing for his title defense against Simon Marcus at Glory 21 in San Diego on May 8. It was abundantly clear that come May 8, The Lion will be focused, hungry, and well-prepared to defend his title as King of the Jungle in the kickboxing world.

In a storyline that Hollywood producers would kill for, Levin only has two recent losses: one which Levin avenged on June 21, 2014 at Glory 17, and one at the hands of his upcoming competitor, Marcus Simon. As journalists and fans, we love rematches. The Lion is no different. “I like the rematch. Makes me change to be smarter, to be better, and to transform your mind and your techniques for this guy. I know my opponent for this fight and I know his skills,” Levin said.

Levin admits that his prior loss to Marcus in March 2015 adds extra incentive for him to win this fight, but he’s treating it just like he treats all of his other fights – with extreme importance. “Every fight – it doesn’t matter who – is the most important fight for me. This is an interesting fight because it is a rematch, but I like every fight and I get ready 100% before every fight, but now my emotions are a little [higher] because this is a rematch,” Levin explained.

That Levin packed up his life in Russia and moved to another country where he does not yet fully grasp the language is a testament to his dedication and will to improve. At Glory 21 Levin will get the chance to showcase the fruits of his hard work and show the kickboxing world that his decision to relocate to San Diego has paid off. 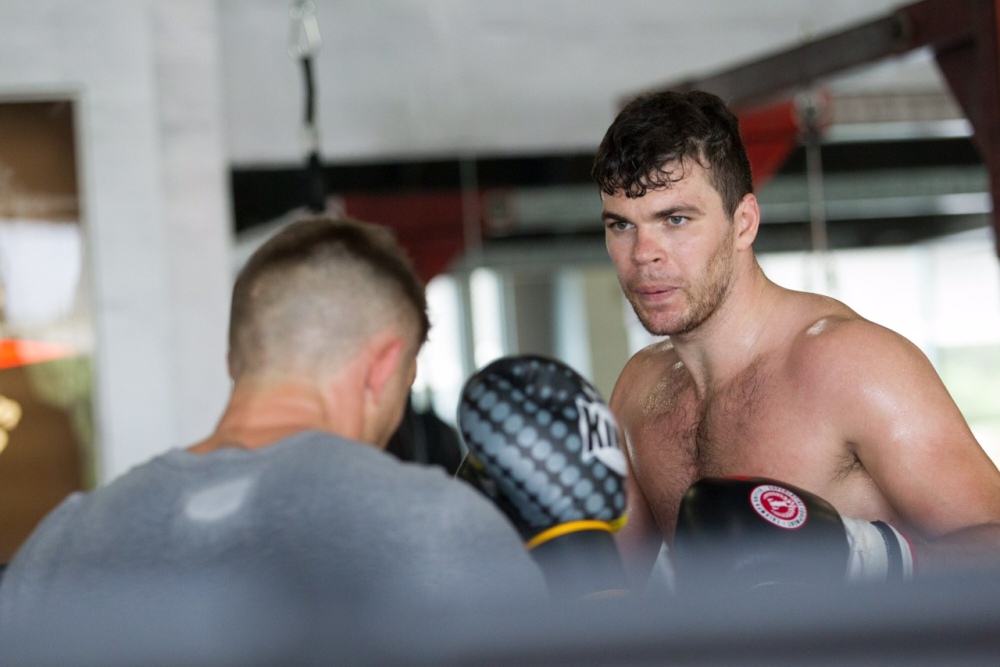 When asked what the fans can expect from his fight, Levin’s answer was simple: War. “For my fight you can await war. It will be war. 2 warriors. And there will be only one fighter and it will be me,” Levin said.

At Glory 21, we will get the chance to see The Lion fight to remain Top Dog.

Thanks to Artem Levin, The Boxing Club, and Darktide Media for making this interview possible.